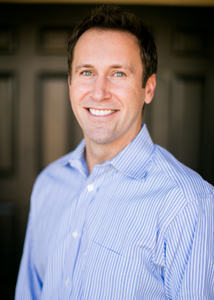 After fifteen years of working in the land development and acquisition business as Land Acquisition Director for two major homebuilders, Sales Director for an independent land brokerage company, and as a civil and environmental engineer, Jeremy McArthur started McArthur Land Company in January 2010.

Since Jeremy has extensive experience as a buyer, seller, entitlement director, land development manager, and civil and environmental engineer, he is able to provide a more detailed and broad based analysis of the characteristics of each parcel to his clients.

In December 2004, Jeremy left Richmond American to become Sales Director at Commerce Realty Advisors, where he directed the sales team and administrative staff to sell both land and lots to land developers, home builders, and investors. In 2008 he joined CRA, LLC, another brokerage firm formed by the principals of Commerce Realty, and in addition to acting as the Sales Director he eventually became an Associate Broker.  Between Commerce Realty and CRA, Jeremy directed the sales team as it provided brokerage services on approximately $1,000,000,000 in land and lots.

Jeremy served as Director of Land Acquisitions for Richmond American Homes, Phoenix West Division. During his tenure he was responsible for acquiring land and lot inventory to maintain Richmond’s position as the third largest builder in the expanding Phoenix market. Under Jeremy’s leadership, Richmond acquired over 3,500 lots in one year.

Prior to Richmond, Jeremy served as Director of Land Acquisitions for Centex Homes, Phoenix Division, where he was responsible for acquiring land and lot inventory and managing the entitlement process for numerous properties. Under his direction, Centex acquired over 6,000 lots in two years.  Jeremy began his career with Centex as a land development field manager and project manager, where he was responsible for the supervision of land development for the west-side properties and managed the entitlement process and due diligence for numerous projects.

While employed as a civil engineer at Kimley-Horn and Associates, Jeremy managed and designed projects including single-family residential subdivisions, master-planned communities, custom-home subdivisions, cluster-home subdivisions, commercial projects, and a Fazio Golf Course.  Jeremy began his professional career before he graduated from college, working in land development with Pulte Homes, and working with civil engineering firms on civil engineering design and environmental remediation. He also served as the land surveying laboratory instructor for two years at Florida State University.